This page is a tribute to all the voice talents who worked on the re-dubbed version of Tale Spin for all countries. The reason behind this is that many Tale Spin fans are not even in the United States. (I live in Canada and I actually watch the French version of Tale Spin called Looping (which is basically a Super Baloo dub with a different intro for Canadian Content Laws.) If you do have voices for Tale Spin in your country; or additional voices for the versions of Tale Spin shown here; Please E-mail me at: gweagle@eastlink.ca.

Special thanks to Denis V. Sidorov for the list of voices and additional notes for this version of TaleSpin.

[1.] Debutted 01/01/1992 on 1st National Channel (in Russia there are only two National Channels).Voices belong to the best actors of Moscow theatres. They are doing this work with love and are very emotional. After seven years TaleSpin was remembered in Russia. In 1998; Egmont publishing published a TaleSpin book in Russian.

"The Little Hero In The Sky"
(Chinese)

Epilogue: Li Peng is also considered a huge TaleSpin fan; however, he is very critical of the Chinese version of TaleSpin. While many Disney movies have been wonderfully dubbed in Chinese; Disney Television Animation has been at best just plain awful. Most of Plunder and Lightning's song lyrics were so poorly dubbed that you'll end up rolling on the floor laughing your head off realizing how awful it is. It is not a good sign particually for songs such as The Sky Pirates Theme Song. It's sad and digusting to see that Disney would allow this to happen considering that the Russian and French Canadain versions are considered some of the best versions; with the Russian version being even more emotional than the American version.... However; there are some interesting notes about the show that may or may not make up for the poor dubbing... so here they are:

[1.] In China; TaleSpin's symbolic meaning is "The Little Hero In The Sky" not "To Spin A Tale". It could mean or prove that Kit Cloudkicker was not only the focus/central character of the series; but also the main character of the story. It makes sense since Kit Cloudkicker's surfing on an airfoil was considered the main reason why TaleSpin itself was approved by the Disney execs in 1988. Of course; the sky is very big and everyone would be considered little in the end; so its not completely clear.

[2.] Kit Cloudkicker is translated as "The Boy Surfing In The Universe, Kit". This one is crystal clear since Kit is best known for skipping on clouds on a surfboard. I agree with Li that this is a very cool name. (A word I rarely use.)

[3.] Molly's name is translated as a type of flower: "Jasmine". This is very strange because Disney's Aladdin also has a female character named Jasmine although Molly is only through meaning.

[4.] As expected; the episode "Last Horizons" is not avaiable in China because of the negative image given to the country. Otherwise all other episodes are the same as the PC version of TaleSpin. Many Thanks to Li Peng for discussing this with me at the Kit Cloudkicker Fan Club.

[5.] UPDATE: In fact, I'd like to say that I'm surprise that I can find it after almost a year of searching astray. I was just searching it in Hong Kong for almost all time (through the internet), asked many friends there about it, got no answer, and I nearly gave up all hopes, just then, about one month ago, a friend of mine recommend me the Mandarin (official chinese spoken language) dubbing version of Talespin and advised me to search its voice actors in Taiwan. Thinking it would be the last try, I turned my direction towards Taiwan and the fact proves it's a right choice. The dubbing director of "The Little Hero in the Sky" came across the message I'd left in one BBS, then he contacted me... I remember that I said I was very unsatisfied with the chinese dubbing of Talespin, yes, I do and I won't change my attitude towards it in this lifetime.:) But, that's the cantonese (the mostly used dialect of chinese language) version. In China, Animation always gets two dubbing versions: the Mandarin version and the Cantonese one. And Hong Kong is always in charge of the cantonese version while Taiwan in charge of the Mandarin one. (Maybe the poor Cantonese dubbing of Talespin explains why I can't never find the namelist of its voice actors.) Well, anyhow, I find it,it's been worth all the work.:) Well, please forgive me for being so expatiatory on this, but I feel it's my responsibility to make this diference clear after watching the mandarin version of Talespin, btw, which's really well dubbed.The best voice, I think, is Karnage's. I've never heard that the Mandarin could be spoken that way, precisely grasping Karnage's characteristics while having a tongue of French and Spanish.The second is Kit and Baloo's voices,especially Kit's, the person who dubs him is an about-30-year-old lady who I used to think as only a little kid.

[1.] TaleSpin was broadcasted in Israel somewhere around 1994-1995 Or 1995-1997 (I can't really remember...) During a show named "Disney time" (After translation to english) who was and still is broadcasted at the 2nd national channel. On the hebrew translation, TaleSpin is titled "Olam Scharchar", That means "Spining World". I believe that it was translated to this only because TaleSpin, In a direct translation to hebrew, Will be a less attractive title for this kind of cartoon...Try the title "Story's Spin" and you'll get the picture.

[2.] Unlike other international versions of TaleSpin, Most of the main chracters remained with their original names:

But of course, Characters like Wildcat had to replace their names from time to time, For example, Using English to Hebrew:

But the meaning of the names was basically the same.

[3.] The voices of the hebrew version are very good, But, if you compare them to the English dubbed version you'll notice that most of the voices are alike except for the voices of the pirates, Rebecca, Spigot and a few minor chracters. A big part of the voice talents were using their voices on a lot of other cartoons,Especially on other Disney cartoons. Personally, I prefer the original (English dubbed) version of TaleSpin, The hebrew translation is great, Especially with Baloo, The jokes are still funny, But the hebrew dubbed version of TaleSpin lacks the "Cape Suzzetian accent" (From a well understood reasons...).

Credit goes to Wouter Servaas for compiling the credit for this version of TaleSpin.

[1.] I think in the Netherlands we've a Jewish Kit. Cool! Kit's voice isn't unique here, the same person also did the voice of Cody in The Rescuers Down Under and he also did Kouav Kid in Lion King 2: Simba's Pride.

[1.] The German tapes of TaleSpin episode was released in 1993. It is believed that the television series in German was released in 1992; however, an actual date has yet to be confirmed. Channel Super RTL was the channel for the German version's airing of the series.

[2.] From Banjofinder: The show was first shown on ARD TV Channel (The Disney Club). The German voice who dubbed Don Karnage was in the German dub of Seinfeld.

[1.] The Japanese verison aired the same year Ducktales aired in Japan between Feb. 3rd, 1992- July 15th, 1992 on WOWOW and TV Tokyo. On April 6th, 2022; the show was finally released in Japan on Disney+ complete with a legit Japanese dub. I'm guessing it's the WOWOW 1992 dub since Daisuke Gori would have passed away in 2010. More details to come...

[1.] I think they released TaleSpin in Italy around 1992 or 1993. The source didn't give me a date. Anyway; the actors are regular dubbers (I think the source where I got the voice actors from also had some data on them.) who normally dub US and Japanese productions. I read that the voice of Rebcca (or Molly; I'm not quite sure) also did a number of Japanese anime.

[2.] The character names were not given; so I assume that they are the same as the US version (or whatever was found on my TaleSpin Translations Page.).

[1.] Special Thanks to Krzysztof (Baloo) Bobola for the credits.

[1.] Super Baloo debuted in France on September 1st, 1991 on TF-1 Disney Club. Looping debuted on CBC Radio Canada French in 1991. Belgium got the Looping version in 1993 under the programme Chambard on RTL-TVI; and Switzerland also got the same version via Suisse Romande.

[3.] Super Baloo and Looping use the same dub; only the titles are slightly different.

[4.] Super Baloo was used for the TaleSpin Volume 1 DVD for French audio.

Special thanks to Ulika (?sp) for the credits.

[1.] In Brazil; the show was transmitted by Rede Globo.

[1.] No further information is available at this time.

[1.] Special Thanks to Youtube user Deyamegara for the information.

[2.] According to Deyamegara: The Bulgarian translation team at BNT always redid the credits this way from 1992 to 2000. They probably thought it was important to list everybody from the team, and they removed the original credits. In the earliest translations even the writer and director are not listed. Also note that the word "Disney" is never written until the ending logo (not even a copyright message is placed). After 2002, the original English titles were left in and the translation team was only listed in two shots. 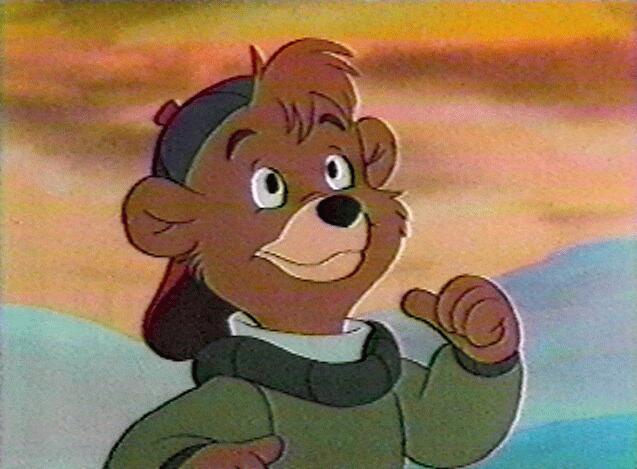 Special thanks to 50 Webs for providing space for this webpage. Click here to find out how you can get your free homepage and 600 Megabytes of webspace.